Why You Need Data Protection

Whether your organization is a small business or a global enterprise, data protection laws exist to protect everyone who shares their personal data with an organization. If you fail to encrypt your data, you could be fined if a ransomware or data breach occurs.

If your organization stores any data relating to finances, suppliers, products, intellectual property or any other critical data, then without data encryption, ransomware groups and cyber criminals could cause irreparable damage to your business.

Why You Should Act Now

There is an urgency for all organizations to protect their data, as data breach events continue to devastate USA business (see below).

Organizations that adopt secure data encryption practices, are now given “safe harbor” by state laws, and protect themselves against critical data ever being used against them by ransomware groups and cyber criminals. In 2020 alone, companies such as MGM Grand, Twitter, EasyJet, Marriott, Zoom, Magellan Health, Nintendo and Cam4 were all victims of data breaches, which affected both critical business data and personal user data.

...the average downtime due to a ransomware event

The analysis showed that globally, a data breach cost companies $3.86 million per incident during the nine-month period of the study. The average breach cost in the US as usual was more than twice that, at $8.64 million on average. Healthcare organizations globally once again shelled out more on average for a data breach — $7.13 million — than organizations in any other sector.

Even though breach-related costs increased for many organizations, the global average of $3.86 million itself was marginally lower than the $3.92 million reported last year. That was because there were more organizations in the 2020 study with mature security practices, and therefore substantially lower breach costs, compared to 2019.

The IBM/Ponemon study showed that total data breach costs for organizations that reported having a complex security system environment was nearly $292,000 higher on average than companies that did not have the same issue. Other factors that substantially amplified the average cost of a breach included cloud migration ($267,469), security skills shortages ($257,429), and compliance failures ($255,626).

At the same time the study highlighted several other factors that can help mitigate breach costs for organizations. For instance, organizations that regularly tested their incident response plans ended up spending some $295,000 less than the global average on breach-related costs while those with a business continuity plan spent about $279,000 less. Other cost mitigating factors included red-team testing ($243,185), AI-enabled response ($259,354), and employee training ($238,019).

Charles DeBeck, strategic cyber threat analyst at IBM’s X-Force IRIS incident response team, says one notable data point from the report is the difference in breach costs between those organizations that have automated their threat response capabilities, and those that have not. 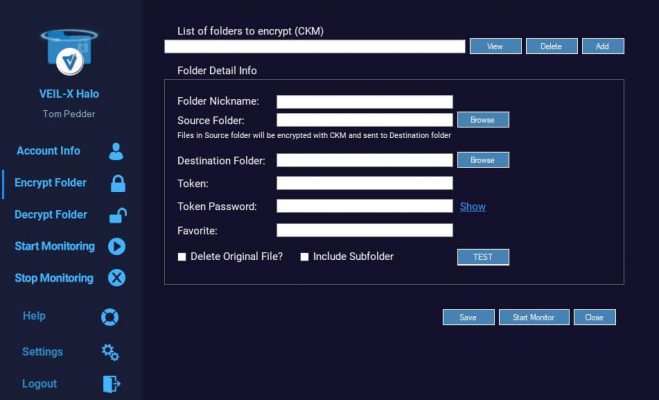 VEIL-X Halo is an automated encryption and decryption utility that monitors local or remote locations, encrypting/decrypting files according to defined parameters. VEIL-X Halo is a versatile, yet powerful tool that allows secure collaboration across multiple locations, and forms a complete data protection strategy in one easy to use application. VEIL-X Halo is available standalone or as an add-on to other CybX solutions. Encrypt Your Data In 3 Steps:

Define locations on your network for VEIL-X Halo to automatically encrypt data with specified access controls.

Next, define locations for VEIL-X Halo to automatically decrypt data. Using our patented cryptography, you can encrypt local or remote files manually or automatically. You define access controls across your organization, and only authorized users can open or edit encrypted files. This renders the data useless in a data breach or ransomware event. Discuss VEIL-X Halo With Us Now

Discuss VEIL-X Halo With Us Now

CybX has a 35+ years combined experience in data protection and data center protection, also working with federal law enforcement and intel agencies.
Our solutions are developed in-house by a dedicated team of highly skilled, experienced engineers and developers.

Take a look at our case studies to see how CybX Security solutions work for our clients. CybX has a 35+ years combined experience in data protection and data center protection, also working with federal law enforcement and intel agencies.
Our solutions are developed in-house by a dedicated team of highly skilled, experienced engineers and developers.

Take a look at our case studies to see how CybX Security solutions work for our clients.

CybX Security In The Media

How Can We Help You?

How Can We Help You?